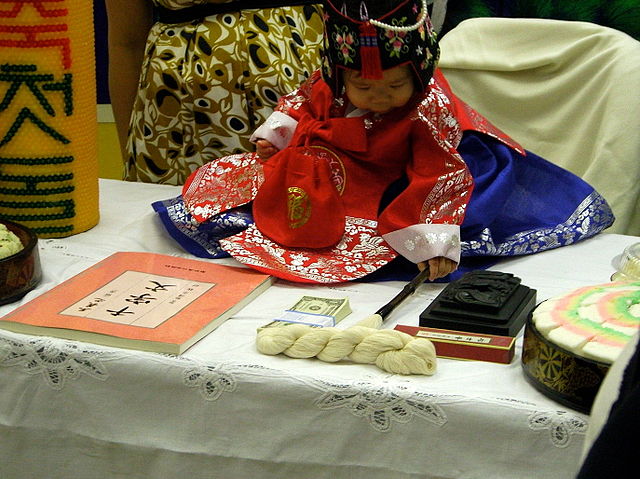 Doljanchi is the Korean tradition of celebrating the first birthday. Traditionally on 1st birthdays the baby wears a hanbok or traditional suit, but this is not always the case. My classmate’s son was dressed in a birthday tuxedo and the cuteness level was overwhelming.  Doljanchi stems from the past history when many kids would not survive past their first birthday. This milestone became very important and would be a celebration for the entire village or community. It is still a very important tradition, but has become modernized. 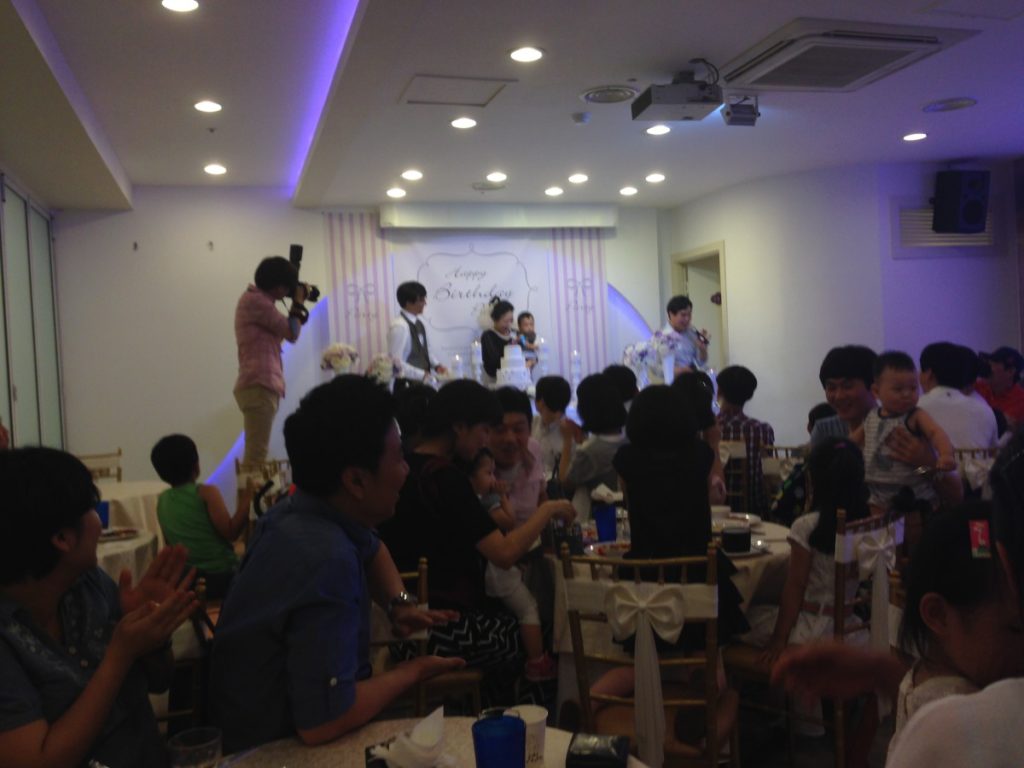 This Saturday classmates and I headed to Sangmu to the Premium Outlet Entertainment Mall where the party was held.  We headed up to the 11th floor where the Alice buffet and party room was located. The place was packed full of family, friends, coworkers, and other random party goers to celebrate a year of life! Before entering the party we collected gathered money to give as a present. This is apparently the norm, but also common to give clothes or golden ring. 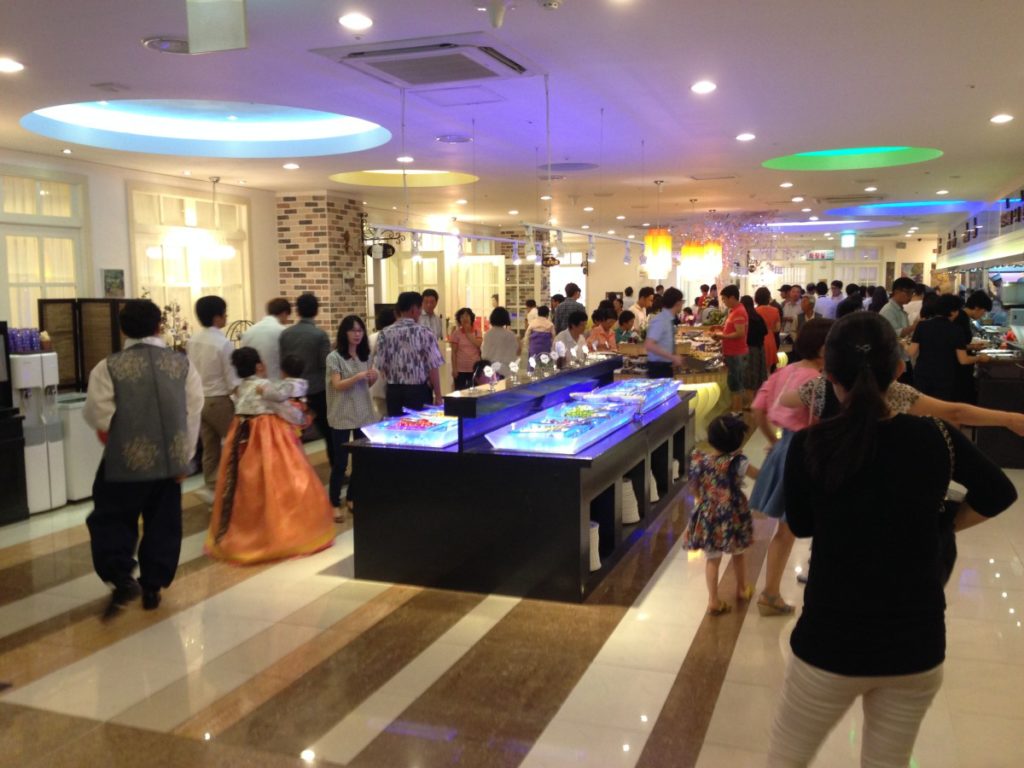 We went to the private room where our friend’s celebration would be held. We grabbed our seats said hello to everyone and headed out for the buffet. The arrangement was similar to 7 Springs or Ashley’s buffets, but the food seemed a bit higher quality and there was more of a selection. 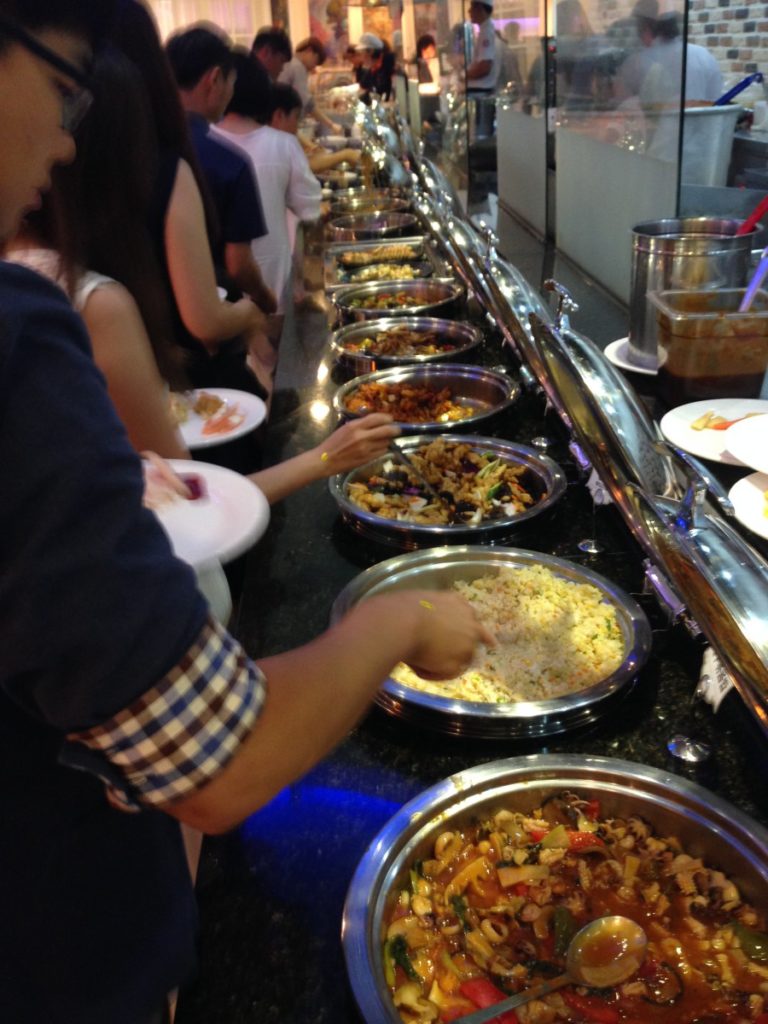 After grabbing a full plate we headed back to our room. I grabbed some complimentary beer and soju to wash down our food. Shortly after sitting down the celebration began with the MC (Master of Ceremonies) raffling off a few prizes, followed by some birthday songs and finished with some dancers. After this the baby was presented with a few items to choose and picked the microphone, meaning he would grow up to eventually be an entertainer aka Kpop star. This is a common ritual of predicting the future. The baby is presented with a few different items and each one has a different meaning behind it.   The celebration was really cool and completely different than anything I have ever been to.