This weekend I interviewed a long time travel writer, Michael Hodson, who runs a great travel site called: Go, See, Write! He traveled the entire globe without stepping foot on a plane, contributes regularly to the Huffington Post and is one of the Top 10 Independent Travel Writers.

Please tell us a little about yourself and travel background. Why and When did you decide to start traveling?

I was a lawyer in the United States for about ten years before I closed everything down in late 2008 in a quest to circle the globe without ever getting on an airplane. Sixteen months, six continents, and forty-four countries later, I succeeded. I decided on the trip that I was going to try to just keep traveling, so I took my blog, which was intended to just keep family and friends up to date on my travels, and made it into a much more professional operation.

Travel for me has always been a passion, but I spent about 10 years just traveling the U.S., primarily, before starting some small solo international travels. That built up into my desire to circle the globe and I just went for it. 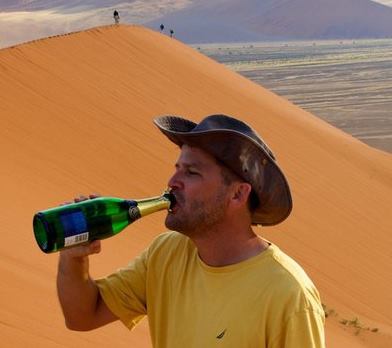 Have you had any major problems on your travels?

Knock on wood, I’ve been unbelievably lucky. At this point, I think I’ve only gotten sick a couple times in the last two years, let alone anything else badly happening to me. My family back home is amazingly supportive and always there to help with some small logical things that come up and require someone back at home to help me with, but all in all, I might be the luckiest traveler I know. My only real bad luck has been entirely my fault — I got into a bicycle accident in Costa Rica last year because I wasn’t paying any attention to the road at all and then shortly after once again I wasn’t paying attention and my laptop got stolen. But both of those occurrences are 100% on me.

What is your “must have” travel accessories that you always pack?

Well, I work on the road, a lot, so my laptop, hard drives, and various cameras are all must-haves for me or I couldn’t make a living. That being said, jn terms of pure travel items, I really need my iPad and iPod. Because I mainly travel using overland methods, I spend a lot of time in buses, trains, and cars, so having music to listen to, books to read, and podcasts to consume are sometimes the only things that keep me sane. Or I suppose, as sane as I started out being. 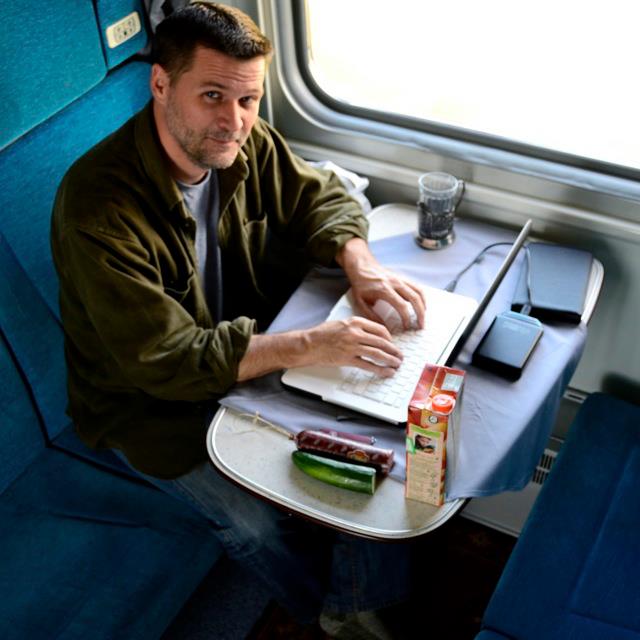 What tips would you provide to a first time traveler?

For the first time, I highly recommend doing Europe for a couple weeks. If you are anything like me, the biggest initial fear of international travel is the language barrier and worry that you just won’t be able to make friends or even get around at all. Europe is highly touristed, so you will find travel and transportation there very easy to deal with. And frankly, most everyone you meet is going to speak enough English for you to get by with. Plus, there are tons of other travelers there, so it is really easy to meet people and make it around easily. Once you have done a bit of European travel, you can start branching out into more “exotic” countries.

Tell me one strange or funny indecent that has happened to you while you’ve been abroad?

The funniest story I can think of offhand actually didn’t happen to me, but I love it so much that I retell it all the time. An experienced traveler was walking down the side of the street outside Quito, Ecuador going to the Equator monument. He saw a group of young guys approaching on his side of the road, but ignored his instincts telling him to cross over or turn around or otherwise avoid them. Sure enough, they got up close, pulled out some knives, pointed at him and told him they wanted all his stuff. My friend gave over his wallet an iPod and after the guys walked away, reached into his pocket and lit up his last cigarette, highly annoyed with himself that he just didn’t avoid the entire situation. He walked down the road for a few minutes, lost in thoughts of annoyance and self-flagulation and just then another guy walked up, pulled out a knife and told him to give over all his stuff. My friend pulled his pockets inside out and said “hey, I just got robbed 5 minutes ago, I don’t have anything.” The robber looked him up and down, then pointed to the cigarette in his mouth and said, “I’ll take that.”

Robbed twice in 5 minutes, and the second time for a lit cigarette.

Thanks for all your great input and travel tips. For more information and stories from Michael you can check out his website (www.goseewrite.com) or follow him on Twitter (@goseewrite)