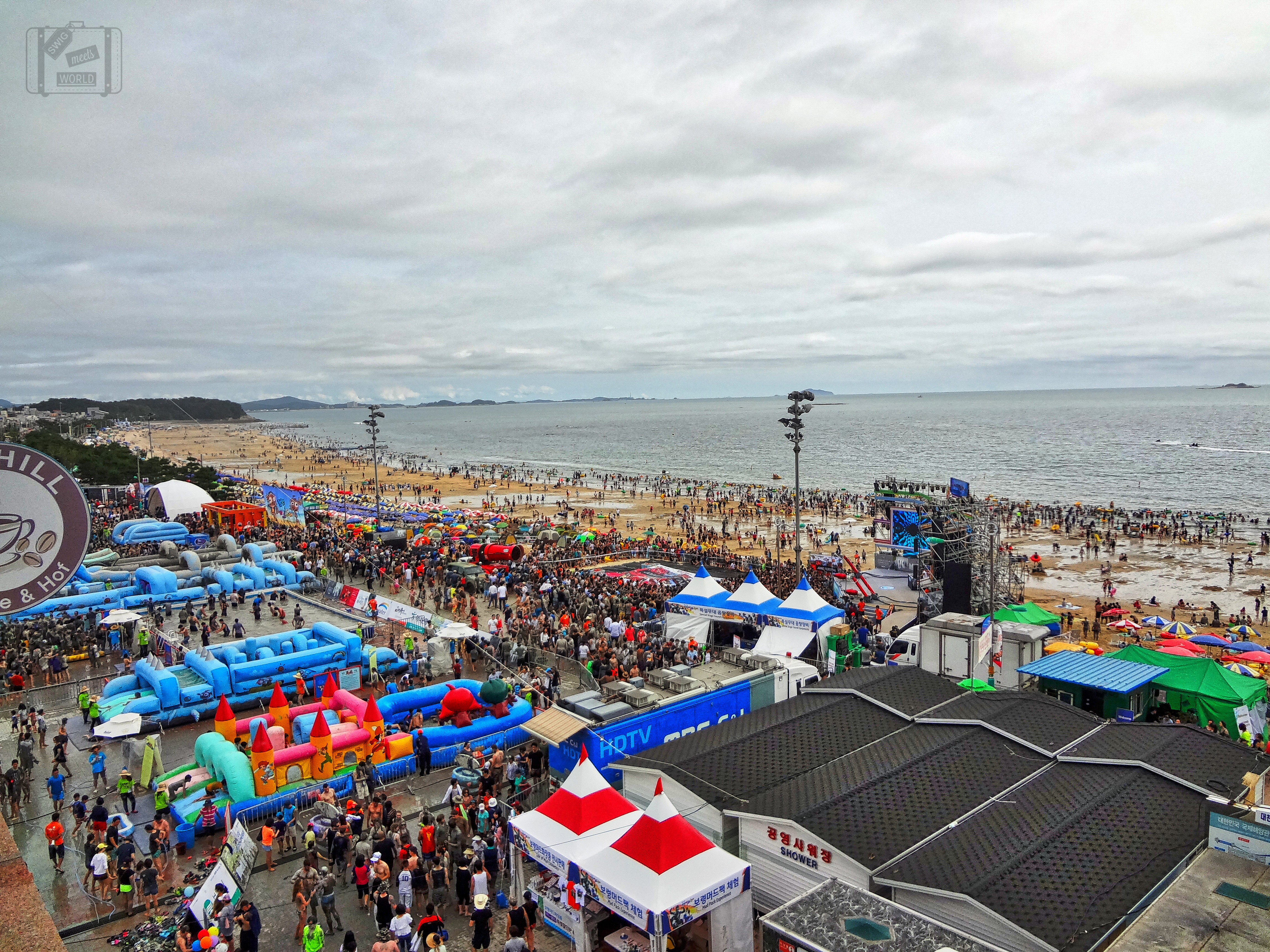 This weekend I headed to the largest mud festival in the World, which is located just two hours from Seoul.  The festival runs from July 18th-27th and is held at Daecheon beach.  Busses  or trains run rather frequently from Seoul, Busan, Daejon and Gwangju, so if you missed it this weekend you still have plenty of time to make it to the Boryeong Korea Mud Festival 2014.

History: The festival originated to promote Boryeong cosmetics 1998 and has attraction millions of visitors over the years.  The mud is brought from the Boryeong mud flats and placed near Daecheon beach.  The mud is rich with minerals and supposed to be great for your skin. 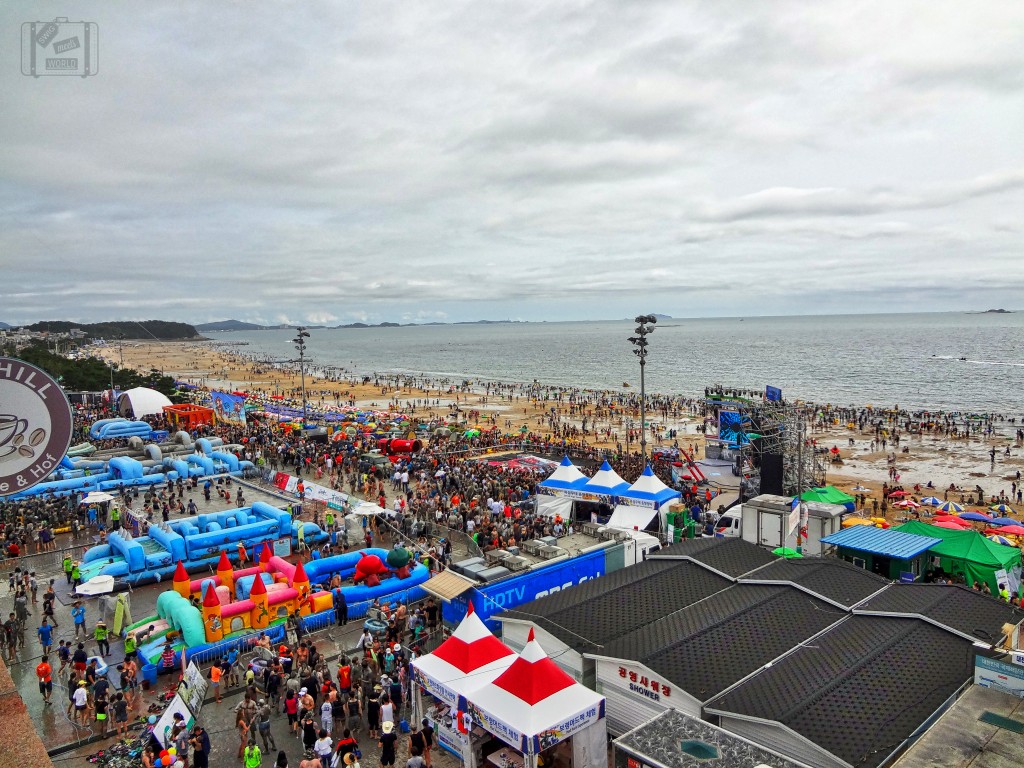 Transportation:  I departed from Seoul and took the train to the festival and bus back to Seoul.  This was because a friend from out of town was visiting me. I recommend the train since it was just 10,000 won and even though it was standing room only, it was more comfortable and a lot shorter than the bus trip. The bus trip back took an extra hour since there was so much traffic. Some cities only offer a bus route though.

Accommodation: We stayed in a pension since we booked an organized package. The rooms were typical Korean style pension, but there were six guys allotted to the room we were in. This was kind of a problem since the room comfortably sleeps four people.  Either way, it was for one night so not too big of a deal. I would recommend pre-booking accommodation, but I am sure there will still be some rooms vacant in the motels.

Activities: The festival has a ton of activities going on at the beach and surrounding area. Around the Mud Square there is Mud obstacle courses (10,000 Won entry), mud swimming and wrestling. Near the main square there is also a big stage set up that had performances going on all day. Later at night there was a firework show and Black Eagles Airplane show. 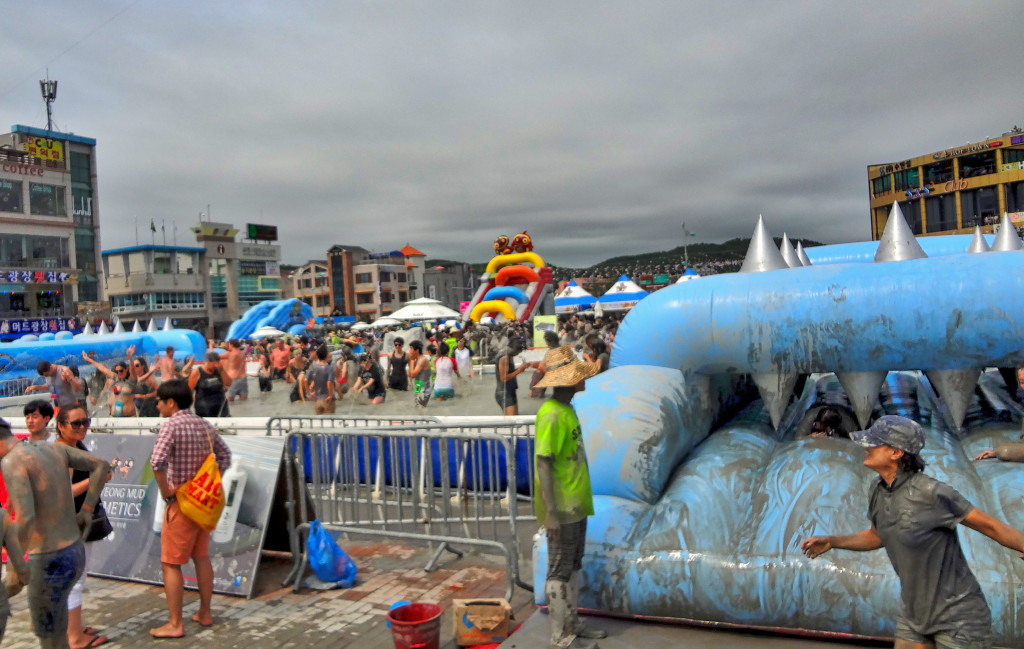 Outside of the festival there is also a mudflat marathon.  If mudding is not your cup of tea then there is also a lot of things to do on the beach like swimming, boat rental, soccer, volleyball, waterpark, amusement park and a ton of other activities going on.  There is definitely enough going on to spend the weekend here, but two days and one night was enough to do everything we wanted!

Suggestions: Make sure you pack plenty of the essentials like towels, sunscreen, change of clothes and anything else you want for the beach.  They sell waterproof phone and money lanyard pouches (5,000 Won) that came in handy. The mud obstacle course closes around 5:00pm, so make sure you get your tickets early because they can sell out quickly.  There are plenty of places to wash off the mud, but the easiest way is to just jump in the nearby ocean.  Overall the festival was a ton of fun and I hope I can return again in the future!