Screen Golf in Gwangju: You Have to Try it!

This weekend my friends and I went out to play some virtual golf. I had played screen golf once before at a bar in St. Louis, Missouri but it had been a few years since I had touched a golf club. Actually I used to work at a country club when I was a teenager, but actually never really got into golf that much. When I was growing up there was the occasional par 3 with friends and family, but it was never consistent. We had a group of  7 people joining us, but only 5 played while the others watched. Since we all had a variety of skill level we split into two teams and made it into a little betting competition. The loser would have to pay for the round! Apparently betting and golfing are synonymous with each other in Korea. Normally when playing a real round of golf,  players bet on each hole. 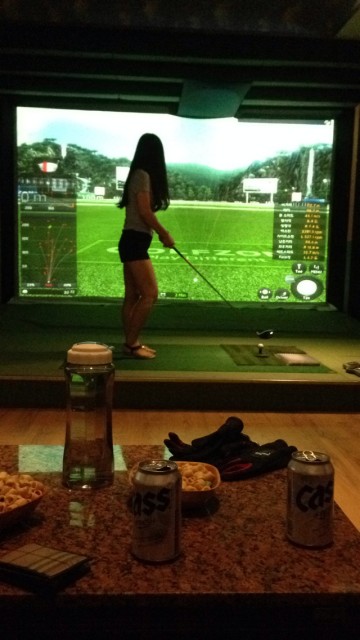 The game started out by dusting off the cob webs and practicing on the virtual driving range. Everything is in meters instead of yards, but it was no problem. We all got in a few good drives and I got all the bad ones out of my system before we started the match. I lead off the first hole and actually had a decent drive aka it wasn’t in the trees. The technology and sensors were really accurate and I was surprised how the technology had advanced since I played a few years ago. For example, if your ball lands on a hill the putting green physically tilts to give you the feeling on hitting up hill. Also, if your ball lands in a sand trap then there is a separate sand area to hit from on the mat. It was really cool how detailed they had made some of the graphics as well. We continued on everyone was doing well, even us beginners were doing quite well. That is one of the best things about screen golf is that you can have players from any skill level and still have a great time. 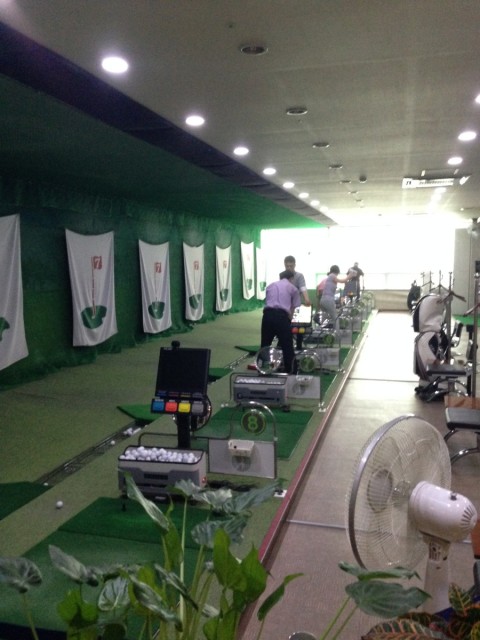 The place served beer and snacks as well which was a nice thing to have while waiting for others to finish up. After the 9 holes were finished it was time to head off. Our team had won so handed the check over to the losing team and headed off for dinner. The cost to play screen golf is 13,000 for 9 holes and 25,000 for 18. Beer and snacks cost extra and are reasonably priced. The place also has an indoor driving range if you want to just practice your swing out.  For directions. click here. If you want to make a reservation, see the below information. 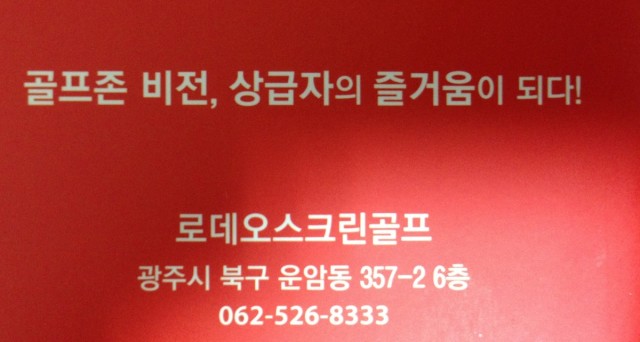 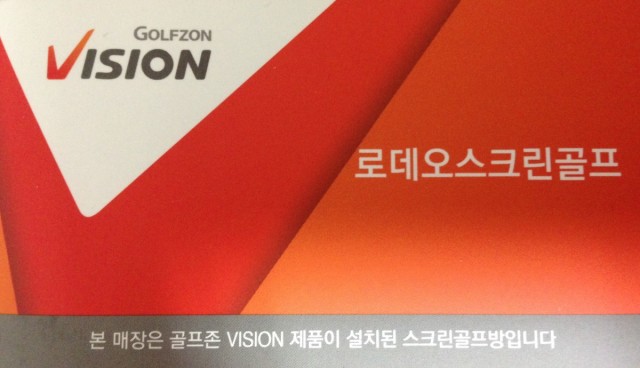