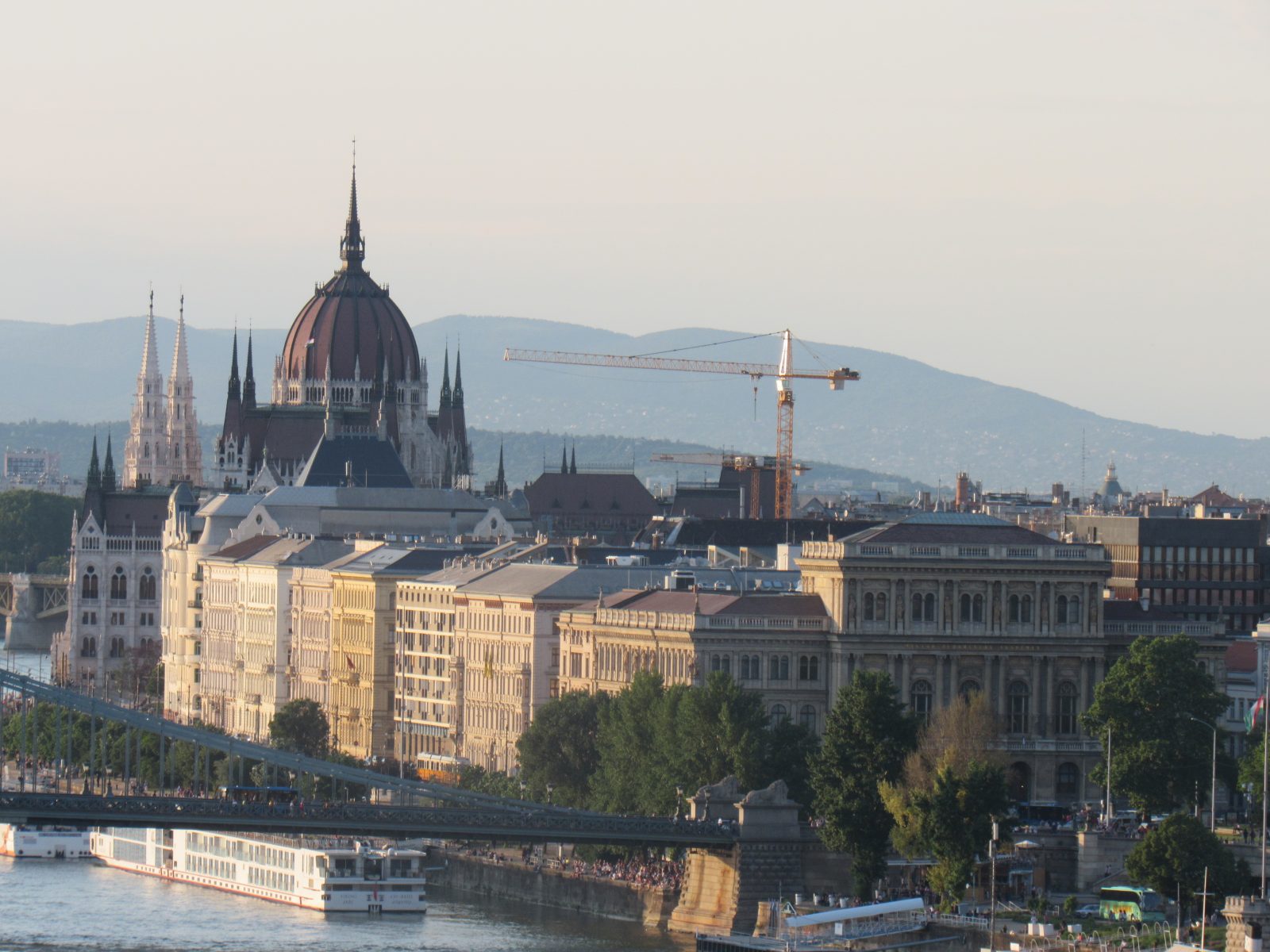 After studying abroad, here are some of my best weekend travel tips:

This post will cover some of the best weekend travel tips for anyone looking to travel for 2-3 days. One of the most exciting things about study abroad in Europe is that it is so easy to travel to another country for the weekend. However, I found that it was really stressful to plan my weekend trips because I had no idea what I was doing. For my next two blog posts, I hope to go over how I planned my travel, how I traveled and more. While these posts will be particularly helpful to anyone else who is going to be study abroad in a similar program, I hope that my experiences will help anyone else looking to travel for short periods. If anyone has any additional advice, please comment on this post. I hope to be back next year so I need all the help I can get.

While I was in Prague I was able to travel three of my four weekends. One weekend, I went to Budapest, Hungary with almost everyone on my study abroad program. The next weekend, I traveled on my own to Scotland. The third weekend, I took one day to travel to Dresden, Germany and then spent the rest of the weekend exploring Prague. The first weekend I took a train, the next I flew a budget airline, and the third I took a bus. Each weekend was completely different, both in travel style and size of groups. My plan is to go over how I planned for each trip and the pros and cons of my different experiences. There will also be plenty of photos!

My planning process was both very similar and very different for each trip. I do believe that these trips solidified the fact that I refuse to plan any travel beyond an outline. So if you like to plan every minute of your vacation, I apologize for that you are about to read.

Budapest was probably the easiest trip for me to plan, because I didn’t have to. The student managers of the Mizzou 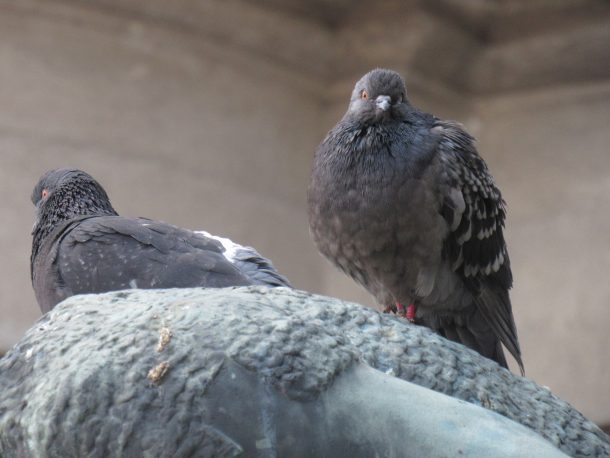 Budapest has a ton of photogenic birds

summer session in Prague have a tradition of planning a weekend trip for the students on the trip. This year they decided to plan the trip to Budapest. The managers planned our travel, planned our hostel, and even planned a cruise on the Dabune river one of the nights. All we had to do was pay. Especially since we were a large group I thought that it was really nice to have all of our accommodations planned out ahead of time.

My biggest mistake was not looking up anything about Budapest before 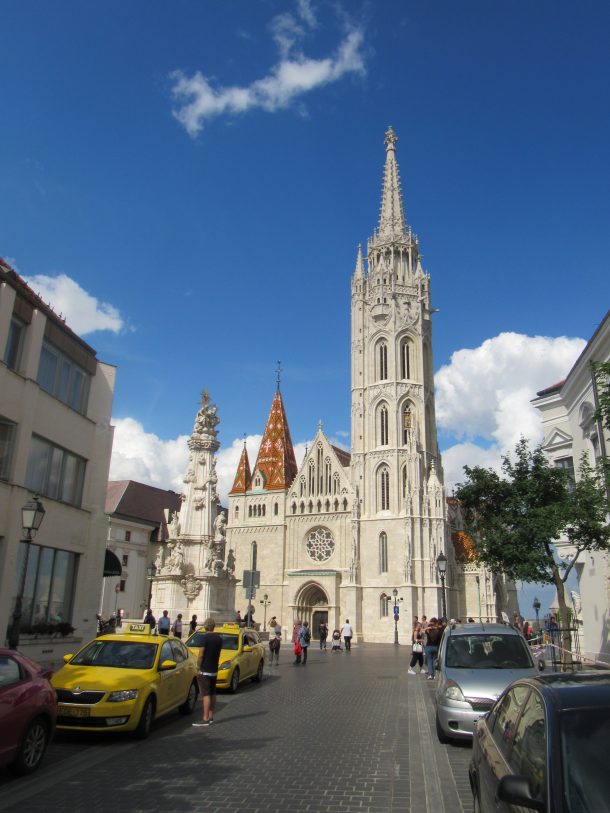 The Fisherman’s Bastion was beautiful outside, I wish we would have planned to see the inside too but we showed up too late in the day

I went. However, that meant that I was completely blown away by the city when I arrived. Budapest had so much to offer and it was wonderful to just google stuff and walk around. However, I wish that I would have known there was so much stuff to do. I feel like I needed at least one more day to look around this city. Budapest is full of beautiful architecture, amazing food, and was described by some as “The Las Vegas of Europe”. There is so much in Budapest and I would both recommend visiting if you can and planning at least a little bit before you go.

Planning for Scotland was a completely different process. For this trip I had a 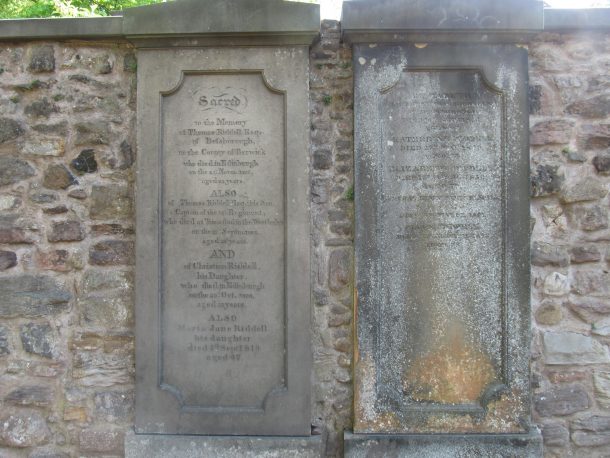 heavily planned outline. Weeks before I left I would spend hours every week researching Scotland. I spent the most time trying to figure out what hostels I would be staying in. Because I had never been in a hostel, it was very important to me that I picked the best ones I could find.  Having my hostels booked ahead of time was also beneficial, because I knew where I needed to be every night. So during the days, I could explore and change plans, but at least I had a direction to go in.

I did not heavily plan what I was going to do each day. However, before I left I took notes of all of the interesting places in the areas I would be in. That way, I was not completely lost but also not trapped if I saw something cool I would rather do. 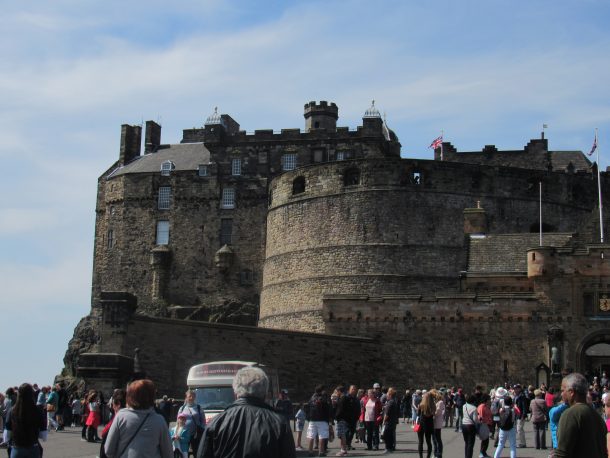 No matter how you slice it my planning for Dresden was extremely last minute. I decided I was going to Dresden on a Thursday and I left that Saturday. I had originally wanted to explore the Czech Republic that weekend, but I found it slightly difficult to get to the places I wanted to go. Then I found that Dresden was a 2 hour bus ride that would only cost $2o. There is no beating that.

Due to the buildings being close together, we were able to just stumble upon the Procession of Princes

So Friday night I did a bit of research on the city. I looked into museums and other historical sites the best I could. I planned on doing most of my planning on the bus ride over but I slept instead. Just going there for a day only a small plan was very relaxing since every moment in Prague was busy.

If you’re going to Dresden, I would recommend planning around when certain buildings are open. Then there is also plenty of museums and places to walk so it is easy to wander around and hit the main buildings.

While I was traveling, I often found myself wishing that my trip was more planned. More specifically, I wished I was just on a tour with someone who knew what they were talking about. But then I would always stumble upon something cool and would be glad that I did not plan too much. 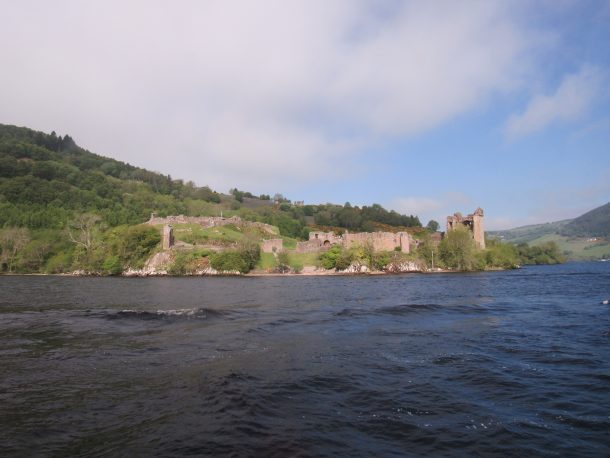 If I could do it all over again, I would spend more time researching the cities that I would be traveling to. I still do not think that I would plan out every minute of my trip. But I wish I would have compiled important information such as when buildings were open into one place. I was googling constantly and while it may add to the adventure, it also slows you down. And if you are someone who gets worried about being lost in a strange city, it would definitely be beneficial to know more about where you are going.

If you are someone who prefers more planned trips, I would recommend looking into tours. There are some really good deals you can find and someone knowledgeable will be with you. I took a four hour tour cruise of Loch Ness and learned a lot more than I could have imagined. And you can always pick from short tours or multi-day tours.

Overall, I would say know at least two things before you travel somewhere new: where you are going to sleep and a few places you would like to visit. After that I would maybe plan a bit more so you don’t waste any time while you are in a new place but you will be fine if you don’t. I hope you enjoyed my weekend travel tips and that they help you on your next getaway!

In my next post, I am going to go into how to get where you’re going and group sizes. Hopefully this post will be even more beneficial to anyone going abroad next summer because there is a lot I wish I would have know about this before I left.