Trampled While Running with the Bulls in Spain 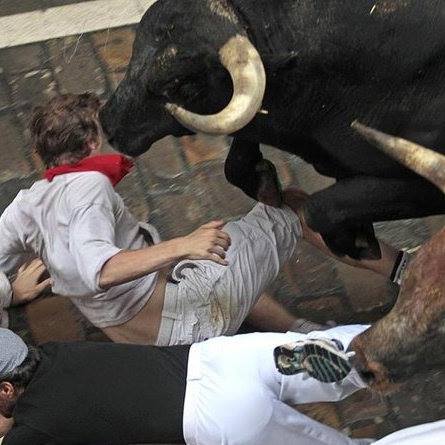 This week I caught up with one of my buddies who I met while we were at the San Fermin festival in 2011. We ran with the bulls together, but he ended up getting trampled while running with the bulls in Spain.  It was such a hectic experience that I had no clue what had happened to him until we made it into the bull ring. The San Fermin festival is by far one of the most fun and exhilarating experiences I have ever done. I highly recommend it to anyone, even if you don’t run with the bulls.

(Stuart is the one in the white shirt)

Stuart, please tell us about your experience with the festival and what it was like running with the bulls and what you remember from getting trampled:

“Pamplona is about so much more than just a bull run it is an all round experience that people from all walks of life and age can enjoy. Doing the Bull Run is like nothing I have experienced before. With other adrenaline activities you are in control and the environment is often a constant.The Bull Run offers something new in that the bulls are unpredictable. The other difference is the minutes just after the start where you know the bulls have been released and you have to wait for the bulls to reach you in other events you are again in control of what happens. I was foolish enough to run down the middle of the street which in hindsight was a stupid mistake but oh well you live and learn, just. During the run you know the bulls are getting close as people start running to the sides, because of this I found myself trying not to hit people in front of me running out the way and the next thing I know I was hit from behind by a bull. The next bit I remember was jogging into the stadium with a friend and a large cut on my back. Whilst in the stadium the madness continues as they release smaller bulls to entertain the crowd however I was in no state to participate. After some recovery period of lots of alcohol the next day a friend found the local paper and low and behold my mug shot was on the front cover. 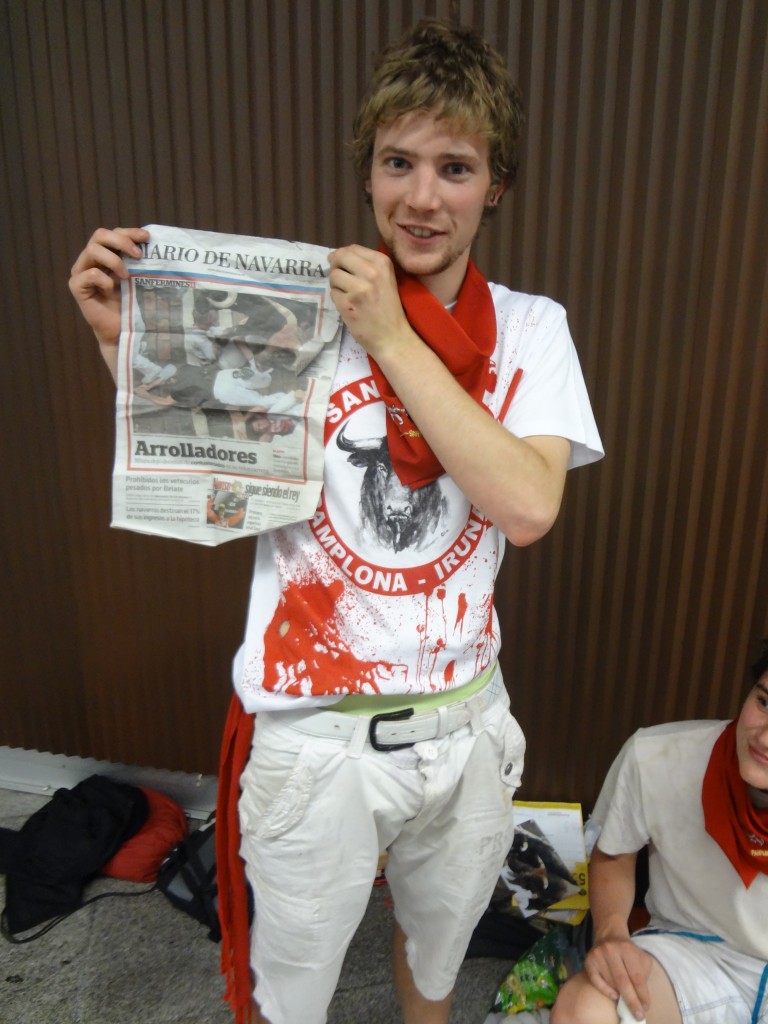 The festival continued and it wasn’t until I got to an internet cafe where I realized how close to a serious injury or even death I was when I found a YouTube clip of the run. It shows me getting hit doing a forward roll and getting immediately back up where 3 bulls horns rush past my head with what looked liked just a centimeter or two. 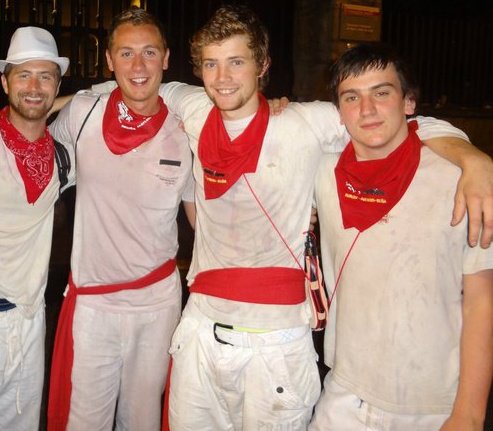 I didn’t regret a thing and the whole festival was a real  amazing experience. I have since been back and did the run again however I learned from my errors and made sure I got the sides. A person died two days after I did the run when the bull turned around and ran the wrong way. It made me appreciate how lucky I was to survive.” 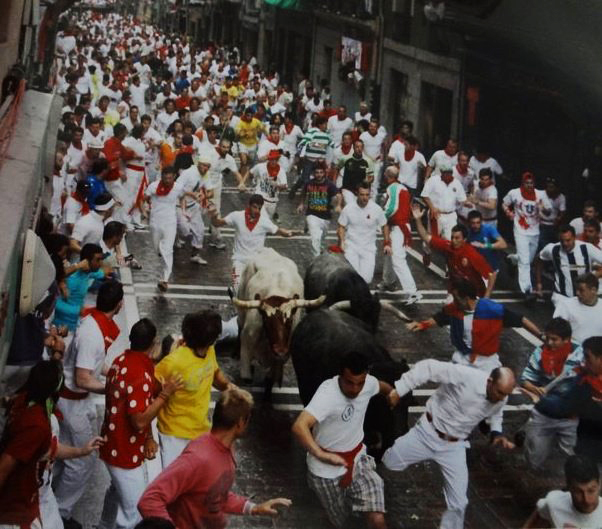 Thanks Stuart. I still can’t believe you walked away after this. It was an extremely close call(s)! The bull run was definitely one the top things on my bucket list and I am so glad to have experienced it! I wrote another article about how to prepare for the run that will help if you are going to the festival. The San Fermin or running of the bulls festival is every July 6th-14th in Pamplona, Spain.

Would you run with the Bulls? Leave a comment below!