How to Travel and Play Sports Overseas: Interview with Tony Meier 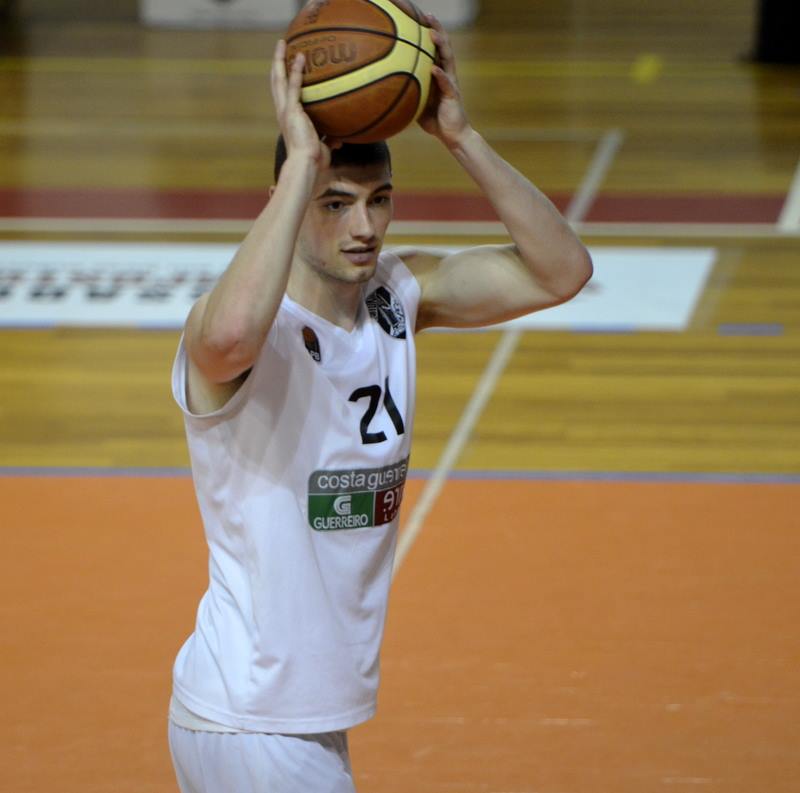 Tony and I have known each other for a while and played Volleyball together in High School and also both played Basketball at Lafayette. I got a chance to visit Tony when we were both living in Australia. He has a wonderful story about how he is living his dream of playing professional basketball and getting a chance to travel the world as well.  I caught up with him this week to find out some more insight into how his life has been over the past few years of playing pro ball over seas! 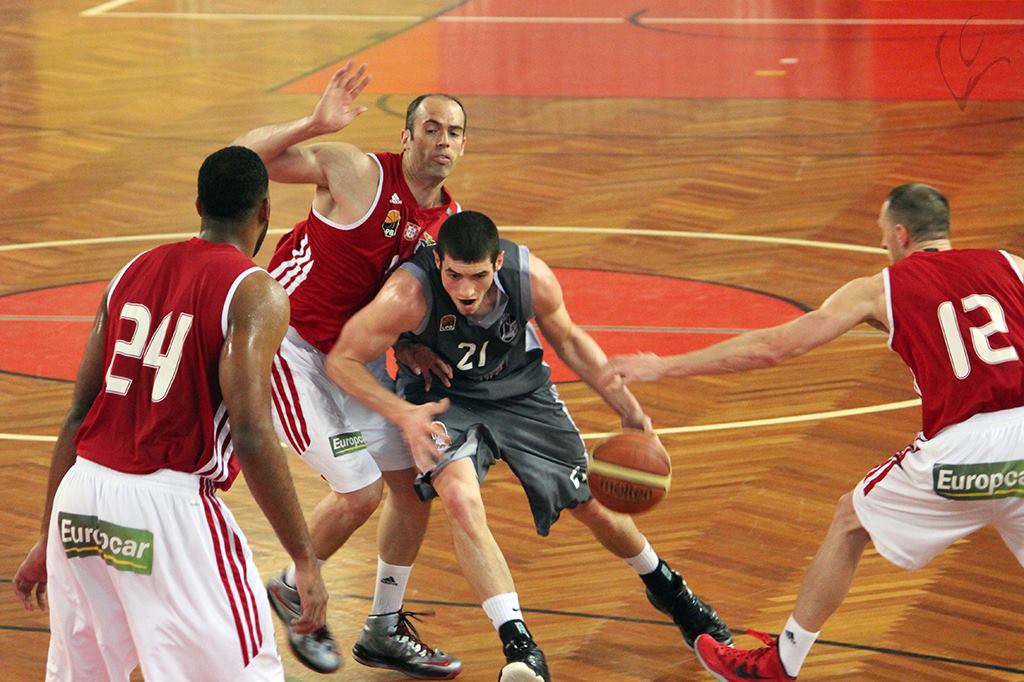 Please provide a short bio, how you got started with basketball, your college experience and playing as a pro in Australia/Portugal.

I have been playing basketball ever since I can remember. My siblings and I were always playing some sort of sport whether it was basketball, baseball, volleyball or anything that would get our competitive juices going. I loved playing all sports but always dreamed of playing basketball professional since I first started playing and watching the NBA. Midway through high school I realized the hard work it was going to take to reach my dreams and was able to get a full basketball scholarship to Division 1 University of Wisconsin-Milwaukee. I started my first game as a college basketball player my freshman year and started almost every game I played in my 4 years there. I dealt with some injuries throughout my collegiate career but ended my senior season on a good note and then started my quest to play professional ball. I actually went for a semester to Quincy University on a volleyball scholarship after graduating from UWM and worked on finishing my MBA. Midway through my year at Quincy though I got a call from a basketball team in Australia offering me a contract to play in Frankston, Victoria near Melbourne, Australia for the Frankston Blues. Unfortunately my first professional season was cut short when I fractured my ankle after only 3 games in to the season. It was a great learning experience for me though and when I was sent home midway through the season I worked on rehabbing and training all summer in hopes to get another opportunity in the fall. That came when I was offered a contract to play in Portugal for the 2013-2014 season and left in September. I was able to play a full season without any injuries and led my team in scoring and to a second place finish in our league, which was the best in team history. My first full season was successful enough to land me a contract playing in Poland starting this September in a more competitive and lucrative league. 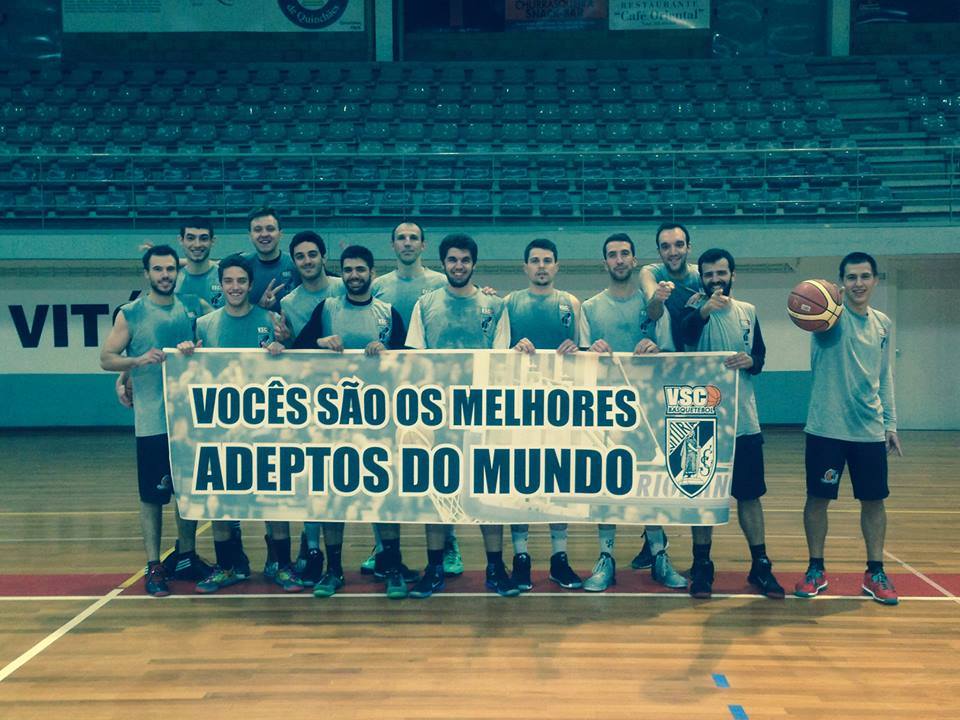 How does it compare playing basketball in USA, Australia and Portugal? Do you have a preference?

There are some differences in the game in the different countries I have played but for the most part it is the same game and the skills you need to be successful don’t vary in any way. Small rule changes such as playing quarters instead of halves and a slightly deeper 3-point line are things that take a little getting used to. If I had to pick a favorite I would have to say my college experience was unmatchable just because of my teammates and the fact I didn’t have to be so far away from my friends and family. Australia was great though because I got to experience a different culture without the struggles of the language barrier. In Portugal I was lucky to be on a team with a great coach and great teammates and I played the best basketball of my life in this season and was really happy with my experience overall.

I know you had a minor injury in Australia. Please explain how this affected you and how you were able to transition to play in Portugal.

My injury in Australia was one of the tougher things I’ve had to deal with in my career. I was over there to play basketball and then that was taken away from me when I couldn’t even get on the court because of my injury. It tested my patience and drive mostly because it would have been easy to just give up but I knew I had to do everything I could to get back playing again. Unfortunately because the recovery period would have taken up most of the season the team understandably sent me home and signed another player. This actually worked out pretty well though because the Australian league I was playing in was the opposite season of almost all other basketball seasons around the world. I went over there in February and was back home by May because of the injury. This gave me the whole summer to get healthy before teams in other parts of the world started signing players, which usually happens in August/September with the seasons going from September through May. While I fought to rehab my ankle, my agent was able to fight for me and get me signed with a team in Portugal. This was crucial so that I could get a full season under my belt and prove to other teams and scouts that I could be successful and stay healthy for an entire season.

What made you decide to continue playing after college? How does the process work for others wanting to play basketball abroad?

When I was in high school I made it my goal to play college basketball at he Division 1 level. Once I made that a reality I began to see all of the possibilities for playing professionally overseas because of all the alumni that had done just that. I was immediately intrigued because I always wanted to play professional basketball and see the world. I was lucky in that one of my assistant coaches in college who I was really close with had a good friend who represented players trying to pursue professional careers overseas. He has been my agent since I graduated and we have established a great relationship. The most important piece of advice I can give to anyone trying to do the same is to find an agent you can trust and then be loyal to that person and trust he will be loyal to you and work hard to advance your career. Your agent has to know you are going to do everything you can to play at your best just like you have to know he is doing everything he can to get you the best job possible.

Please elaborate on some of the hardships of living/working in a foreign country that you have experienced?

Going in to my first season I was most nervous about handling all of the logistic issues of living in a foreign country. All of that was cleared up though because the teams do a great job of handling most of that for you. I was set up with a plane ticket and a place to live in both cases and in Portugal I was set up with a restaurant that sponsored our team and provided me with lunch and dinner every day which was really convenient and the food was surprisingly very good. The hardest part is easily being away from friends and family back in the United States and the time difference. My season in Portugal my fiancé was working in Chicago and was only able to visit a couple of times for a couple of weeks each time. It was the hardest thing we have gone through as a couple but I believe we are even stronger after having gone through it. The language barrier and culture shock is a little challenging at first also but if you go into it with an open mind and an excitement about experiencing new things then that will just become another part of the experience.

How is your schedule when playing abroad? Do you get any time to take vacations and experience the country, besides while traveling for away games?

In Australia our practice schedule wasn’t too demanding so I was able to travel on off days and experience some of the country on my own. That isn’t the norm though. Most leagues and teams are like the Portuguese league I played in where we practiced Monday through Friday and played on Saturdays with only one day off on Sundays. So I wasn’t able to travel too much on my own but we did travel a lot for away games and sometimes got to stay overnight for games, which was always a good experience.

Some countries have limits for the number of Americans that can be on each team. Most of the time 2 or 3 is the max you can have but some countries like Germany don’t have any limits for the number of Americans. Most of the team expectations are higher for foreign players because the team has to invest so much in them to get them over there and house them and provide working visas and everything like that. Teams have also been known to send foreign players home if they aren’t satisfied with how they are playing or how they are fitting in with the team.

What are some travel tips you can share for others working and traveling around the world?

I was only provided with a car when I went to Australia and even there the gas was so expensive I didn’t like to drive if I could help it. I would suggest first and foremost looking in to the public transportation in the city or country you would be traveling to. Europe is pretty good about providing a number of options to get around but you might have to search a little bit to make sure you don’t miss out on a cheaper or more convenient option. Also don’t be afraid to ask around. Sometimes its intimidating trying to speak the local language or asking others if they speak English but most of the time people are friendly and willing to help.

Any suggestions for someone who wants to move abroad or more specifically play a professional sport in another country?

I would suggest it for anyone who loves playing a sport. There are a lot more opportunities than many people think to play professionally in other countries for almost any sport and it’s a great experience. Even if you wont be making much money, teams are obligated to take care of most of your living expenses and you will get the opportunity to play a sport you love while experiencing a new culture. It is a great opportunity for anyone just out of college looking to have an incredible life experience before settling down to a 9-5 job or if you want to make a career out of it like I hope to do, all it takes is some patience and hard work.

Thanks Tony for the fantastic insight and best of luck with your upcoming season in Poland! If you have any questions for Tony please leave a comment below!